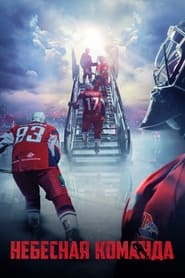 As long as the fans live, hope won't die. They are fans of the hockey Lokomotiv from Yaroslavl. People forever loyal to the club. Hockey players' wives, stadium staff, young athletes and fan movement veterans who have been singing in the stands for several decades. In honor of the opening of the new season of the Kontinental Hockey League, the army of Lokomotiv fans is sent to Minsk for the first match of the tournament to support the team. None of them knows that this trip will change everyone's life forever, and the tragedy that will happen to Lokomotiv will divide the sports world into “before” and “after”.