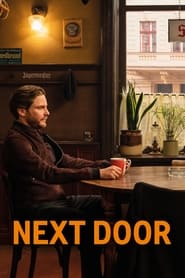 Berlin, the Prenzlauer Berg district. Daniel is a movie star accustomed to success. His loft apartment is stylish and so is his wife, and the nanny has the children under control. Everything is tip-top, bilingual and ready for him to jet off to an audition in London where a role in an American superhero film awaits the celebrated German-Spanish actor. Popping into the local bar on the corner, he finds Bruno sitting there. As transpires by the minute, Bruno has been waiting for this moment for a long time. And so this eternally overlooked man – one of reunification's losers and a victim of the gentrification of what was once East Berlin – takes his revenge. With Daniel as his target...